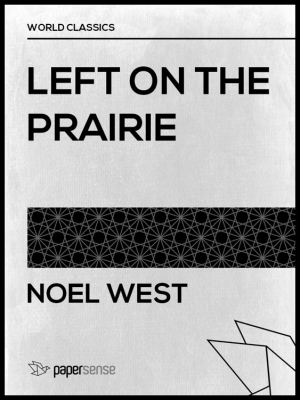 Left on the Prairie

Little Jack Wilson had been born in England; but when he was quite a baby his parents had sailed across the sea, taking him with them, and settled out on one of the distant prairies of America. Of course, Jack was too small when he left to remember anything of England himself, but as he grew older he liked to hear his father and mother talk about the old country where he and they had been born, and to which they still seemed to cling with great affection. Sometimes, as they looked out-of-doors over the burnt-up prairie round their new home, his father would tell him about the trim green fields they had left so far behind them, and say with a sigh, 'Old England was like a garden, but this place is nothing but a wilderness!'

Longview was the name of the lonely western village where George Wilson, his wife, and Jack had lived for eight years, and although we should not have thought it a particularly nice place, they were very happy there. Longview was half-way between two large mining towns, sixty miles apart, and as there was no railway in those parts, the people going to and from the different mines were obliged to travel by waggons, and often halted for a night at Longview to break the journey.