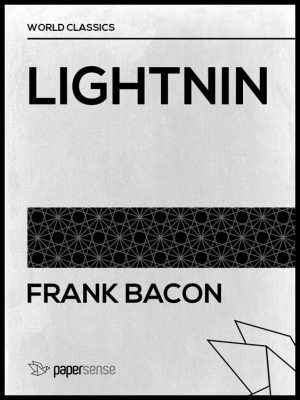 "Him?" the local postmaster of Calivada would say, in reply to your question about the quaint little old man who had just ambled away from the desk with a bundle of letters stuffed in his pocket. "Why, that's Lightnin' Bill Jones! We call him Lightnin' because he ain't. Nature didn't give no speed to Bill. No, sir, far as I know, Lightnin' 'ain't never done a day's work in his life—but there ain't none of us ever thinks any the less of him for that! Bill's got a way with him, an' he kin tell some mighty good yarns. Lightnin's all right!"

And when you met Bill Jones you agreed with the postmaster. You looked into Lightnin's twinkling, shrewdly humorous eyes and you smiled—smiled with him. You thought of the reply he made to a stranger who protested against his indolence.

"Well," Bill said, with that shrewd glance of his, "I ain't keepin' you from makin' a million dollars, am I?"