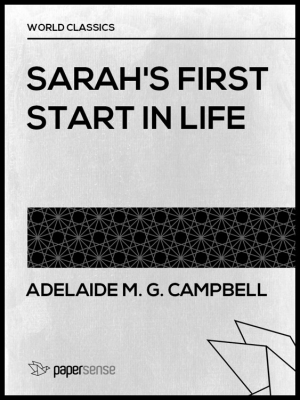 "Now, Sarah, just you make haste with that kettle, and we will have a nice cup of tea for dad when he comes in."

"Dad's" real name was David Brown, and Sarah was his only child, just turned eighteen. The Browns were a happy family, though poor, and they put their trust in God, and did not worry about the morrow. Sarah had just been telling her mother of a situation as kitchen maid that she had been inquiring about, and had almost decided to take, but her father's permission was still wanting. Mr. Brown was a cab driver, and found it sometimes very hard work to make both ends meet, especially in the winter time, when coals were a necessity and dear at best.