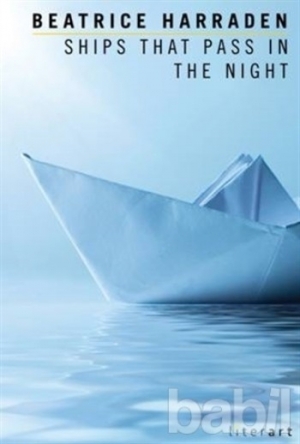 Ships That Pass in the Night

1894. Arguably one of the best-known Suffragette writers, Beatrice Harraden was a popular novelist who was heavily involved in the Suffragette tax resistance campaign. Her best-selling sentimental romance, Ships that Pass in the Night tells of a doomed love-affair between two patients in a tuberculosis sanitarium. This story caught the public's imagination, and the title became a byword for a fleeting or doomed love affair. The title was inspired by lines in Longfellow's Tales of a Wayside Inn, Third Evening, Theologian's Second Tale (Elizabeth), Fourth Part