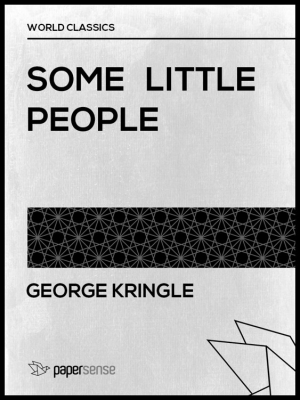 'Lisbeth always remembered the day upon which she found it out. She could not quite count a hundred herself at the time; she could count ten, but had not learned to count a hundred. She had heard Gorham count a hundred, and knew that it was a great many more than ten. She thought that ten was a great many. She knew that ten miles must be a great way; she had several times walked a mile. She had walked a mile the day she discovered that it was a hundred miles to London. A hundred miles, she knew, was a very great way.

'Lisbeth had concluded that she would like to live in London; that she would live in London; that London was the only proper place for any body to live. This was why she did not like to discover that London was a hundred miles away. But how she came to know anything about London, or to think it was the only proper place to live, I shall not pretend to say.