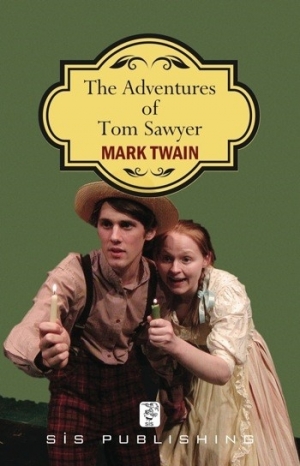 The Adventures of Tom Sawyer

"Tom was a glittering hero once more. There were some that believed he would be President yet, if he escaped hanging." ? from The Adventures of Tom Sawyer

The Adventures of Tom Sawyer, maybe not the best, but for sure the most read novel of Mark Twain's, is one of the classics of the young adult literature, portraying a young boy whose age we are not given, his experiences and adventures.

Tom, a sympathetic, smart and adventurous, not cruel and malicious, boy skips school, goes fishing with his friends, tries to find a treasure and brings a murderer to justice.

Despite not exactly a bildungsroman, this novel includes themes like desire for adventure, real friendship, first love and rebellion against the rule of the grown-ups.

Mark Twain criticizes the adult behaviours throughout the novel, by making his children characters speak and act, which gives him the opportunity to unveil in disguise all hypocrisies of the adult world.

A delightful novel, with a great deal of humour, satire and irony, takes not only the youth, but also the adults through the wonderful world of a small character.