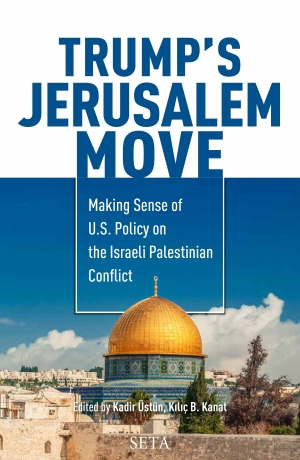 President Trump’s decision to recognize Jerusalem as the capital of Israel and move the U.S. embassy to the city prompted this edited volume. Trump had already promised to make this move on the campaign trail but most of the foreign policy experts did not expect him to go forward with the idea as quickly as he did. Many judged that it would most likely be a promise unkept and the decades-old U.S. policy would hold. The Jerusalem Embassy Act of 1995 recognized the city as the capital of the State of Israel and called for Jerusalem to remain an undivided city. However, all the U.S. administrations left the issue to be resolved between the parties as part of the final status negotiations. Prior to Trump’s decision, most experts considered the peace process to be real in name only with very little prospect for a two-state solution. In this sense, Trump’s decision was essentially a nail in the coffin of the peace process. The U.S. was finally openly admitting what many critics argued for a long time, that is, the U.S. would side with Israel.