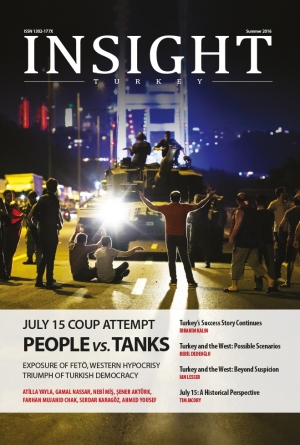 The date of July 15, 2016 is a watershed in the history of democracy as well as in the history of Turkey. On the night of July 15, the world witnessed an exceptional and historic event. The Turkish people heroically stood up against the brutal coup plotters; they became an example for other peoples on how to defend your nation and on what is the real meaning of national self-determination. At the same time, they gave a valuable lesson to the Western governments on how to support a democratically elected government. But more than anything, Turkish people proved to themselves that it is they who decide for themselves, for their future. After all, isn’t that what democracy is all about?

The memory of what happened on July 15 will never be erased from the minds and hearts of the people who were in Turkey that night. We all lost someone on the night of July 15 –a mother, a father, a child, a friend or someone that we did not even know but we broke into tears when we saw them giving their life for this country.